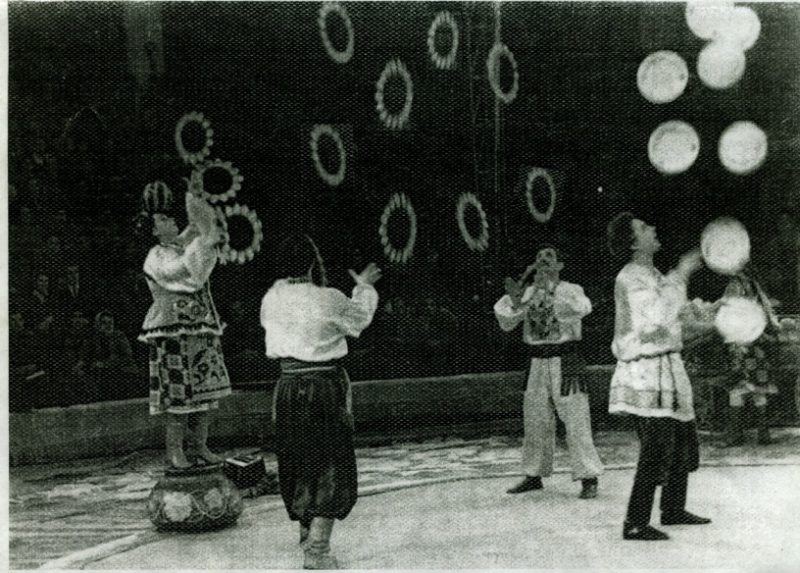 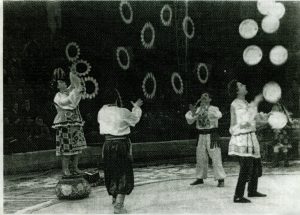 This is my first article about juggling.

When I moved to Germany I was very surprised how large the juggling community in Europe is. The jugglers show a great interest in new forms of juggling and also in the juggling masters of the past, such as Enrico Rastelli, Alexander Kiss, Francis Brunn and others.

Many jugglers love the history of juggling because they can learn from it or simply be amazed of the high level jugglers had in the past. There is a special interest in Soviet jugglers because it is not easy to get information about them and if you find some, it will be in Russian or in the language of one of the republics and it makes it even more attractive. The jugglers of the Soviet Republics are part of the world juggling history and they are really deserve the attention of the international juggling community.

There are several very famous jugglers from the Soviet Union in the west. You can find  videos of them on the Internet, they got world famous and they definitely deserved it. But what about the others, jugglers whose videos are not online? This article is about jugglers of the past that you probably never heard of, but who really made a valuable contribution to the juggling art of the Ukraine and USSR.

Allow me to introduce: THE FILIPENKO JUGGLERS!

The Filipenko jugglers is a circus family from Ukraine who had a juggling act in the Ukrainian folk style. 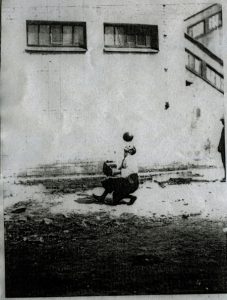 In the photo you can see him doing trick (1931) bouncing ball on his head and playing accordion while doing a Ukrainian dance move called «Prysyadka», – jumping in a squatted position while repeatedly kicking the legs out in the front.

Since 1935 Bachstas was performing in a duo with his wife Maria Yakovlevna Filipenko (23.04.1918 – …2000). Maria was a good singer and musician who could play «Bandura» – a Ukrainian folk instrument. Together they made an act in the Ukrainian folk style.

In 1956 there was a decision by Soviet authorities to create a National Ukrainian Circus Troupe (like in the other Soviet republics). The National Ukrainian Circus had to reflect the colorful character of Ukraine, its’ culture and humor but also to keep the best traditions of the Soviet Circus. For this creation many people were involved: choreographers, musicians and directors. The artists who had Ukrainian folk-style-acts, as well as the highest technical level were invited but also new acts were made. And of course Filipenko also was invited in this project with his act. At that time Bachstas already had two adult sons. One of them is Dal Bachstasovich Filipenko (24.01.1936 – …2004) and the other son – Stanislav Bachstasovich Filipenko (8.07.1938). Together with Dal’s wife, the Filipenko Troupe now consisted of five performers.

Here is a video from Ukrainian TV-news about this big day: opening of the National Ukrainian Circus Troupe in Kiev in 1956, and the title for this performance was «Birthday». In this video you can see the Antipodism of Mikitenko Troupe and small piece of Filipenko’s juggling act:

The Idea of Filipenko’s number was the short story of the famous writer N.Gogol «The Fair at Sorochyntsi» ( Ukr.: «Сорочиньский ярмарок»). As music for the act the Ukrainian folk song «Where do you go, Yavtushe?» (Ukr.: «Да й куди їдеш Явтуше?») was chosen. The whole story was filled with humor, comedy, difficult juggling and acrobatic tricks. Filipenkos‘ juggling props were specially made in form of water melons, honey melons, corn-cobs, clay pots, plates, sunflowers and other things. Everything to the smallest detail of their costumes had typical Ukrainian character.

On the pictures bellow you can see the whole family performing together in the Moscow Circus of 1961.

Bachstas Filipenko retired and taught juggling between 1962-1968 in the circus studio that was created in 1961 in the new building of Kiev National Circus. This studio  later became famous in the whole circus school world – Kiev National Academy of Variety and Circus Arts.

Dal Filipenko was working until 1964 as a solo juggler in Ukrconcert and after that in Sochi. His wife worked as a singer. His son Danil took over the act of his father and performed it in 1982-1985 but later decided to start studying. Danil graduated from the university of St. Petersburg as a ceramic and glass artist and got world famous for his works.

During the work in Filipenko group he was also a part of another act of the Ukrainian National Circus Troupe. He was an acrobat of the troupe Hutsuls Acrobats under the leader V. Maksimov.

1962-1982 he performed for twenty years with a «State Circus on Stage» and did acts as acrobat-juggler, stunt performer-comedian, clown and also assisted his wife in her act with doves. With this company, he also toured Poland, Czechoslovakia and Malaysia.

1983 – 1996 he worked as a juggling teacher at the Kiev State School of Variety and Circus Arts, the same circus studio where his father was teaching.

Also in 1983, S. Filipenko started to work as a second teacher under the leading of Alexander Rachshtein in circus studio «Youth of Kiev» and became its leader after the death of Rachstein in 2002.

In the present time we see circus moving in a new direction, creating modern acts and fantasy worlds. This may be good but there is a risk of national traditions getting lost. Filipenkos were one of the best examples among circus acts who kept the national spirit of Ukraine that was full of positive energy and joy.

On this video from early 1980s, Stanislav Filipenko shows us once again some juggling in the traditional Ukrainian folk style:

P.S. The «Youth of Kiev» circus studio turns 50 years old in 2016. I grew up there since 1997 and Stanislav Filipenko was one of my first teachers. When I am in Kiev I always go there. The last time I was in the studio was in February 2016, and I asked Stanislav who is almost 78 years old, to juggle a little bit for the camera and do some passing with me. Here is a video from that day:

Unfortunately there is not much material left about the Filipenkos. These are the only photos that S.Filipenko had, and he gave them to me. 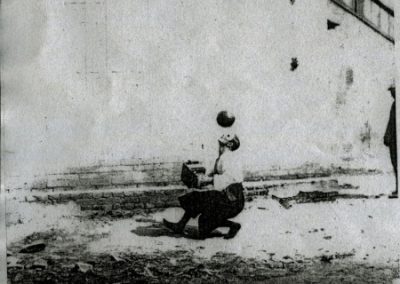 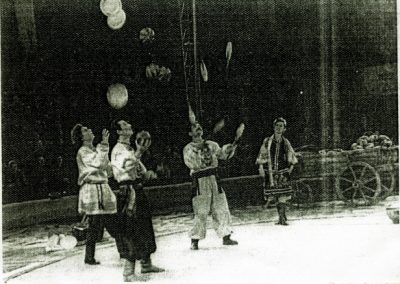 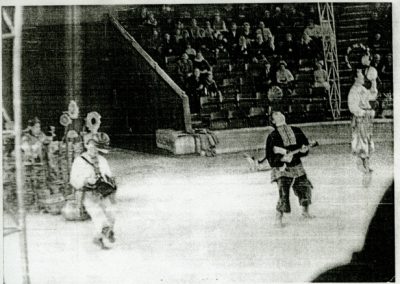 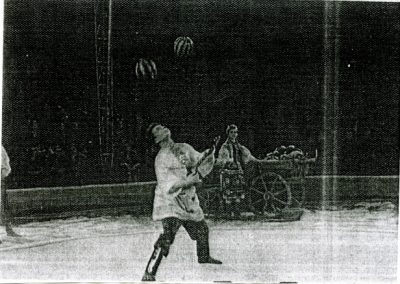 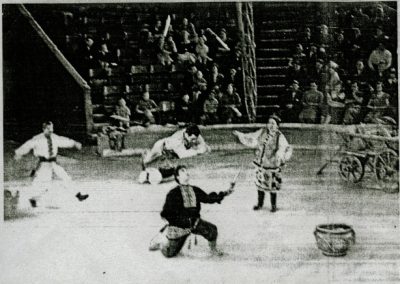 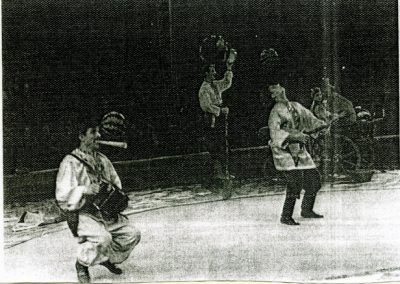 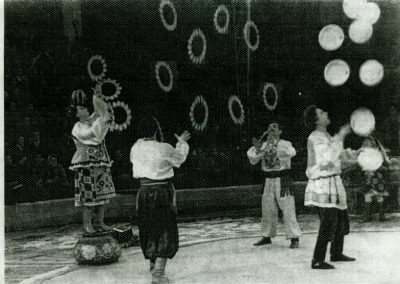